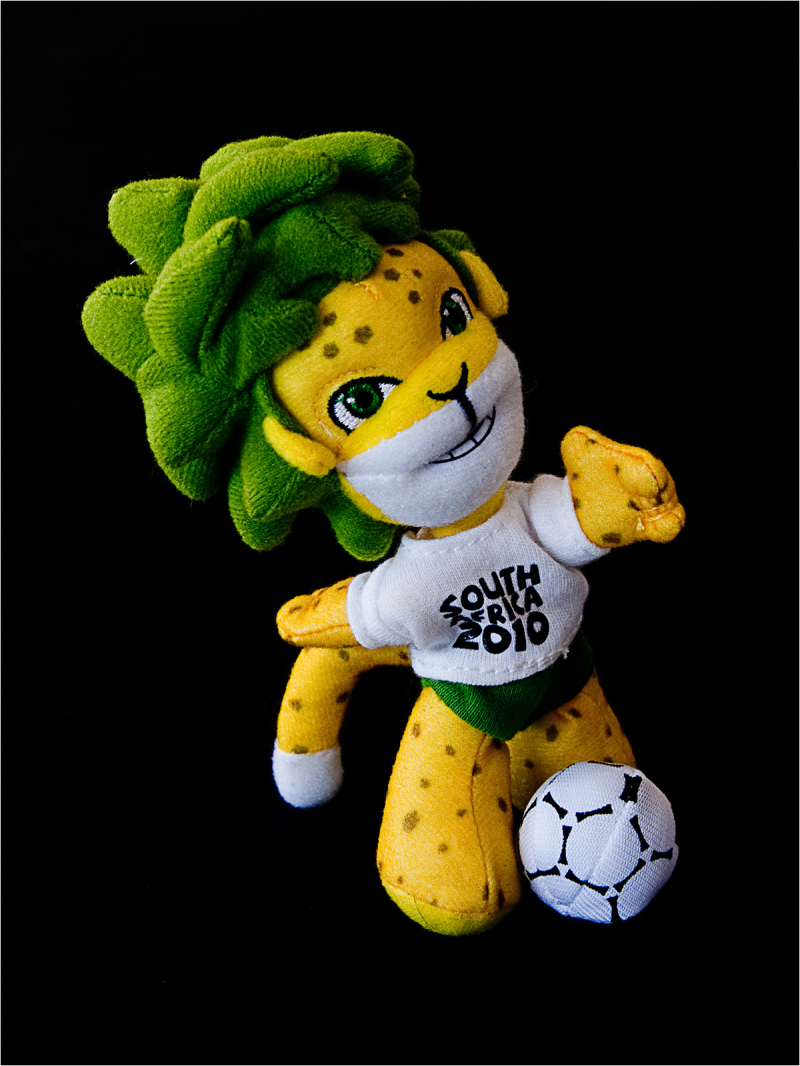 My favourite fellow from the 2010 World Cup. This is my personal one, and he still has pride of place on the bookshelf in our lounge. To quote Wikipedia: Zakumi the Leopard was the Official MaScoT for the 2010 FIFA World Cup. He is a cheerful, sporty anthropomorphized leopard with green hair, presented on 22 September 2008. His name comes from "ZA", the ISO 3166-1 alpha-2 code for South Africa, and kumi, a word that means "ten" in several African languages, referencing the year 2010.

I see you are looking to get amrked down on the background again. That kind of defiance of a judges personal foibles could get you in to big trouble :)

@grouser: Hi Grouser - oh well, one still has to go with one believes in. And I believe a black background is perfect for bringing out the detail. Will just have to live with the consequences! :)

JuST noticed my hideous typo above. £$%&. I am in absolute agreement about your use of black background, not just for detail but it emphasises richness of colour in the subject also.